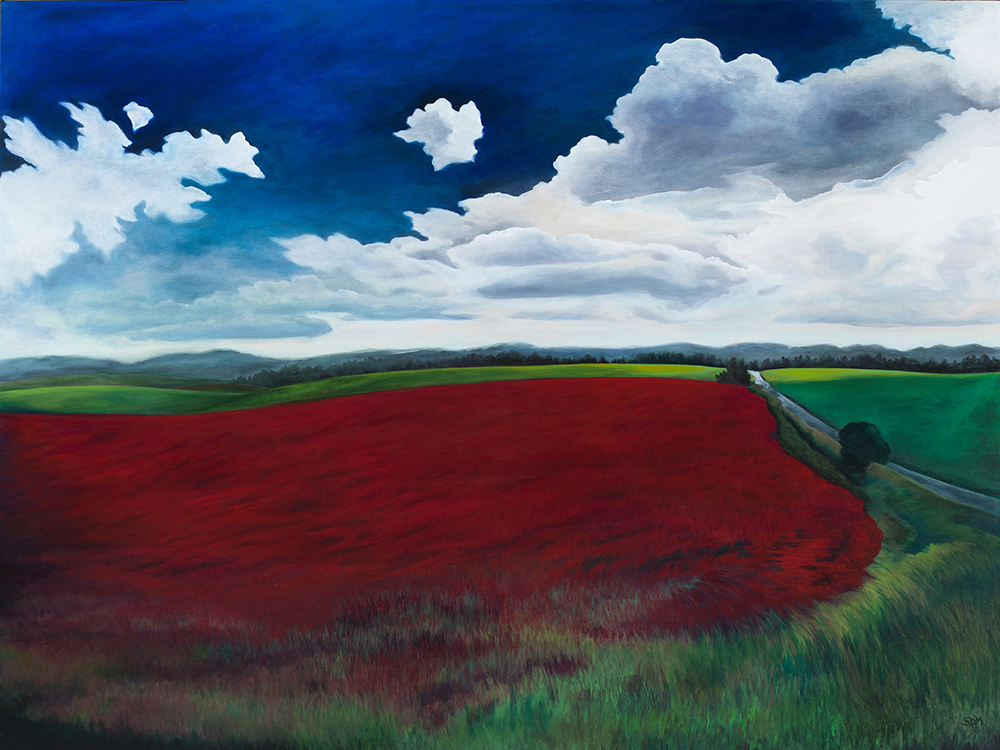 Nature is my influence and inspiration. Growing up in eastern Oregon, I had a remarkably free childhood: allowed to roam among the surrounding hills of Canyon City, which is indeed in a canyon formed by the quick creeds flowing down out of the mountains. The hills were riddled with old gold mine shafts, and rattlesnake dens. Paying close attention was vital. Yet, I was allowed to spend my entire summer afternoon, (after chores), out and up one direction or another, only coming home before suppertime.

I was a child who never bored of looking. Though nearsighted, I felt as if I might have x-ray vision like the heroes in my big brother’s comic books. I was pretty sure I could see more than most people.

For the last 30 years I’ve lived on a small acreage in the mid-Willamette Valle, surrounded by the land and sky that are my subjects. From the land of timber and huge cattle ranches, I’m now in the heart of farming activity in this carved-wide Valley of the Willamette, held in the generous embrace of the Cascade and Coast ranges. The fields and ever-increasing vineyards ride the layered hill up to the mountain and enormous sky.

The landforms that lie under that sky are undulating swells that have been used to our various needs for a long time: ditched and rolled and sprayed and plowed and planted and cut and carved and crossed with roads and fences; the crops harvested, processed, canned, frozen and shipped across our nation and to other lands. All such activity leave its mark and visually alters the land.

Most of my subjects are within a 25 miles radius of my home. The landscape as shaped by agriculture has become my work.

I have never bored of looking. Because my work is grounded in a personal philosophy and search for meaning, as long as humans grow things, I can continue exploring the apparently endless alterations of the land created by agricultural activity. Coupled with the infinite changes of weather and sky, I am provided inexhaustible, compelling subjects for exploration in paint.