The College of Agricultural Sciences is pleased to announce Brian Charlton as the Director of the Klamath Basin Research and Experiment Center (KBREC), following two years of serving in an interim director capacity.

“Brian has demonstrated excellent leadership in his role as interim director,” said Alan Sams, dean of the College of Agricultural Sciences. “He is widely respected by stakeholders in the community and his peers across the College. I am looking forward to seeing him continue to lead the station now in a permanent capacity.”

A graduate of OSU with a B.S. in crop and soil science, Charlton is an Oregon native who grew up in the Klamath Basin community. With more than 26 years working at OSU both on campus and in the Klamath Basin leading research, he brings a unique understanding of the region to his work and knows the value of integrated and collaborative research at the University in solving some of the more pressing issues faced by farmers and growers in the region.

“Since being appointed in the interim role, I’ve been working closely with the college specifically in efforts to address water issues that are so critical to our region,” Charlton said. “Engaging collaboratively, across multidisciplinary teams of scientists, I am confident that we can really move the needle in providing the best available science to policy makers to help them make informed decisions about water.”

While continuing his cross-collaborative efforts with the College, one of the first initiatives Charlton aims to begin is the development of a new Strategic Plan for the station, which he plans to kick start in July with extensive input from area stakeholders.

In addition to his undergraduate degree from OSU, Charlton also has a Master’s in agronomy from Iowa State University where he was one of the earliest distance learners while maintaining his research position at OSU.

Charlton began his career at OSU as a student researcher in 1989, ironically at the very station he now leads.

“I imagine I must be one of the only station directors that began as a student researcher at the same center I now lead,” Charlton added. “There is just something special about this community and I’m excited to continue to be a part of helping the important agricultural industries here thrive.” 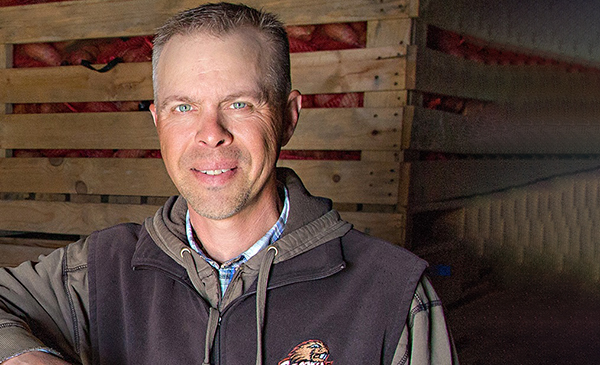