The trial was initiated on February 20th at the Lewis-Brown Horticulture Farm in Corvallis, Oregon. The trial site was a stand of different varieties of colonial bentgrass which was planted several years ago and was growing on a silty clay loam soil with a pH near 6.0.

The weather on the date of application was foggy in the morning and overcast until 1 p.m. The products were applied between 2:20 pm and 3:45 pm. The sun was out during the application of all the products. The temperature and relative humidity at 2:20 pm was 53 degrees Fahrenheit and 71%, respectively.

Because of cold temperatures and adequate rainfall, the plots were neither mowed nor irrigated during the duration of the trial. 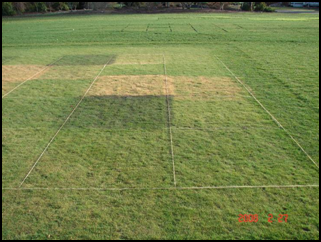 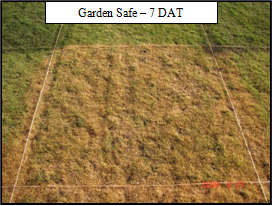 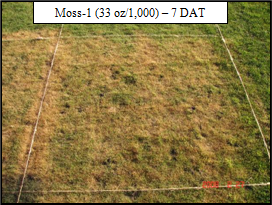 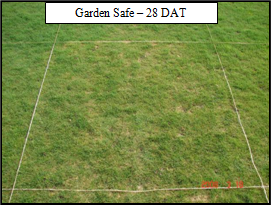 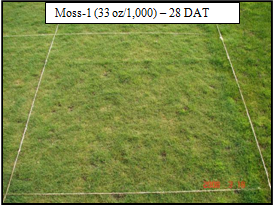