The trial was initiated at the Lewis-Brown Horticulture Farm in Corvallis, Oregon on August 5, 2008. The GPS coordinates for this site are N 44o 32’ 59.33” and W -123o 12’55.53”. The site consisted of a mix of annual bluegrass and bentgrass with small amounts of perennial ryegrass and tall fescue growing on soil. Two broadleaf weeds, white clover and yarrow, were present in small amounts.

The soil consisted of a silty clay loam with a pH near 6.0. Before the trial started, the site was irrigated every other day with an automated weather based system at 80% of ET using RainBird 5000 landscape heads. Irrigation was not applied the night after the treatments but was resumed thereafter. Nitrogen applications had previously been made when needed to keep the turf healthy but not excessively green. The site was mowed two times per week with a rotary mower with clippings returned.

The treatments were applied with a CO2 sprayer with a 5 foot boom spraying 2 gallons per 1,000 square feet at 30 psi using TeeJet 80015 flat fan nozzles.

Visual ratings of percent control were taken 3, 5, 7, 15, 24, and 36 days after treatment. Early ratings should be interpreted as percent injury as death had not occurred. The data for each rating date were subjected to analysis of variance (ANOVA) with differences between means determined by LSD at the five percent level.

The tall fescue was 99 percent dead at 24 days after treatment.

There were no statistical differences between the treatments.

Sensitivity to treatments by grass species from most to least was as follows: annual bluegrass, bentgrass, perennial ryegrass, and tall fescue. The bentgrass tended to be somewhat variable.

At 3 days after treatment, none of the bentgrass was injured and the injury to the annual bluegrass ranged from 17 to 25 percent.

At 7 days after treatment, the bentgrass and annual bluegrass control were about equal.

The perennial ryegrass and tall fescue were not distributed evenly throughout the plots making it impossible to get good data for these species.

Note: Ratings for 24 DAT also had 100% control on all treatments.

* Since untreated plots had no injury, by definition, they had no recovery. 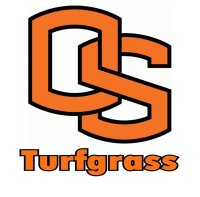