The trial was initiated on February 26th at the Lewis-Brown Horticulture Farm in Corvallis, Oregon. The trial site was a stand of perennial ryegrass that had been planted 4 years ago on a silty clay loam soil with a pH near 6.0.
Annual bluegrass had encroached over time.

The weather on the date of application was foggy until noon and then the sun broke out and was sunny the rest of the afternoon with light clouds. The products were applied between 3:00 pm and 4:30 pm with the first six treatments being applied in full sun and the last 3 treatments applied in filtered sun. The temperature and relative humidity at 2:45 pm was 50 degrees Fahrenheit and 78%, respectively.

Because of cold temperatures, the plots were first mowed 3 weeks after treatment and then mowed weekly. The plots were mowed at 2 inches with a bagging rotary mower with clippings retained. The lack of mowing early in the trial likely prolonged the turf injury as the injured leaf surfaces were not removed. Because of adequate rainfall, the plots were not irrigated during the duration of the trial. 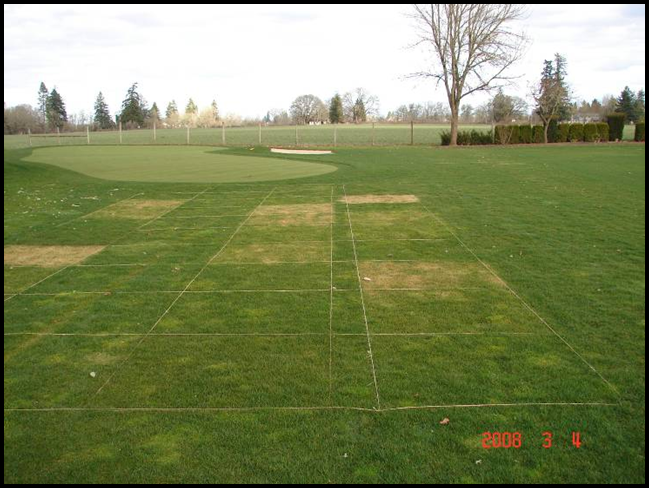 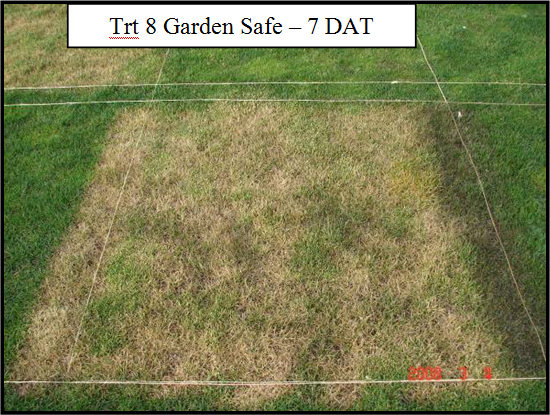 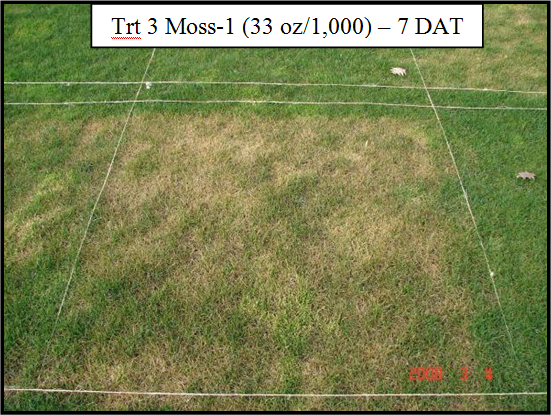 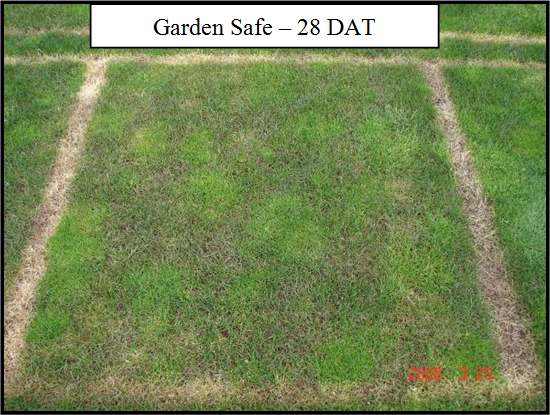 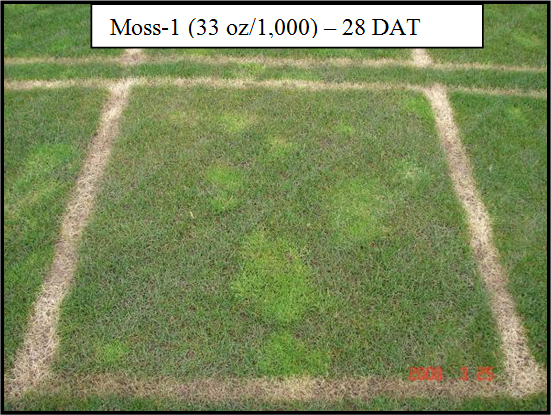