The most common strategies seem to fall into four categories:

Example: Microdochium Patch fungicide rotation for Poa annua greens where anthracnose is a serious problem. The goal here is to save the products that are strong on anthracnose: Heritage, Banner, & Fungo 50.

Additional Thoughts: If you have a significant problem with anthracnose, think long and hard about relying on Banner Maxx, and thiophanate methyl on Microdochium patch. They are more valuable for anthracnose control than for Microdochium so there is no good reason to waste them on Microdochium unless you have no other options.

Fortunately, there are three new fungicides that have activity on anthracnose: Signature, Endorse, and Medallion. Medallion and Daconil together provide excellent control of anthracnose. Signature and Daconil (or 26GT) provide good control, and Endorse and Daconil provide some control but have been less reliable in our trials than the other two combinations. Endorse is an antibiotic that will likely develop resistance problems quickly if overused. Signature has been used for many years on other plants with no resistance developed to date.

In general, foliar pathogens can be controlled effectively using curative or curative/preventive fungicide applications. Examples include Microdochium Patch, Yellow Patch, Red Thread, and most leaf spot diseases. Exceptions include the various snow mold diseases, which require snow for the fungus to become active. These can only be treated preventively. Anthracnose can sometimes be controlled on a curative basis but when it causes basal rot it can only be controlled with carefully timed preventive fungicide applications.

The key in deciding whether to use preventive or curative strategies is to make sure you know what you are trying to control. Disease control is definitely not a “one size fits all” situation.

There are also many new premixed products. Fungicides are often mixed to increase the spectrum of disease control or mask weaknesses of one of the components. Make sure you study the labels and know what chemicals are in the mix. 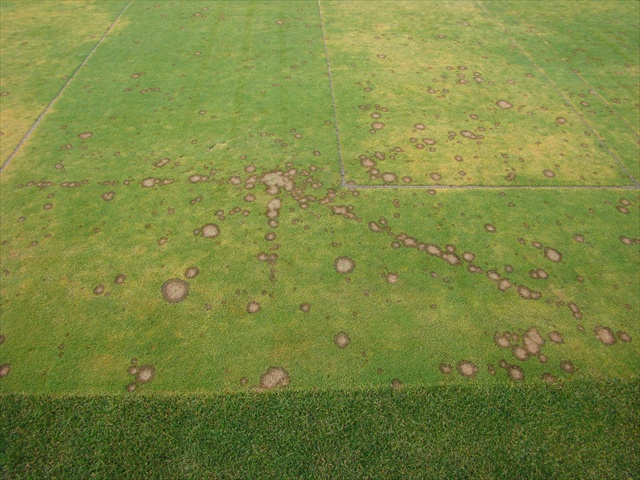