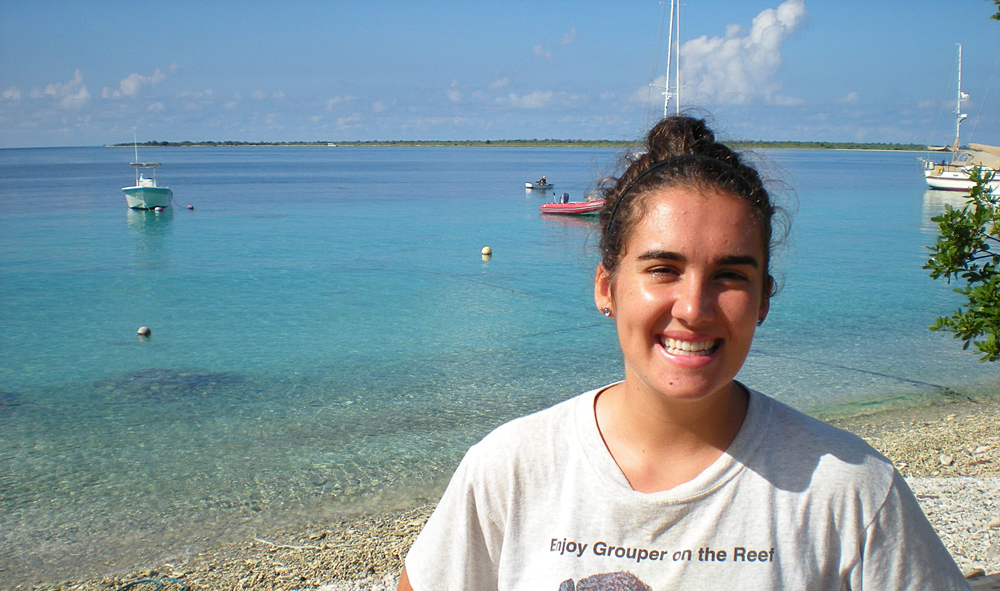 AnnaRose Adams took her interests in ecology and water resources to the Caribbean.

AnnaRose Adams is from Ashland, Oregon, and attended Westmont College in California for a year before transferring to OSU. She says: “BRR is a huge reason why I ended up transferring to Oregon State, because it provides me with the skills and knowledge I need to be successful at graduate school. What undergraduate can say that she has completed original research, graduate levels courses, and studied abroad AND finished her degree in 4 years? BRR offers a lot of flexibility to shape and personalize your major to be applicable to what YOU want to do with your career.”

At OSU, AnnaRose did a National Science Foundation-funded research project in the College of Oceanic and Atmospheric Sciences, looking at how nearshore pollution affects the physical properties of clouds, and an internship with Oregon SeaGrant, assisting in writing a comprehensive marine policy recommendation for the Governor’s Task Force on Nearshore Research. For her research, AnnaRose found Dr. Mark Hixon in Zoology for a mentor, and surveyed fish diversity around corals that were being overgrown with an invasive alga.

Research on a Caribbean Island sounds idyllic, but according to AnnaRose, “The underwater research and schooling I did in Bonaire Island was extremely tough... During my time there I gained three new diving certifications. One of these certifications is “scientific diver,” a highly valued certification necessary to do underwater research at a lot of universities. As part of my training, I learned a lot of different methods for obtaining information underwater. For example, the hardest but most interesting skill was using underwater video cameras to collect data. Videocameras mess a lot with your buoyancy, and it takes skill to get clear video in rough conditions. I also became fluent in identifying marine organisms in the Carribbean. In my first month of being in the field, I had to memorize the names and identify about 300 different fish, corals, and invertebrates. I would have quizzes underwater where my instructor would point to a coral and I would have to write down on my slate what type of coral it was. Not your standard college quiz!”

After graduating from OSU Honors College, AnnaRose’s plans are to get a combined law degree in ocean law and PhD in Marine Management. Her ideal career: to work in the field of international marine conservation, setting up marine protected areas in international waters.

Read more of AnnaRose talking about her research.

Scholarships made it possible for Nikki Marshall to study sustainable farming and pay for day care.

AnnaRose Adams took her interests in ecology and water resources to the Caribbean.

While preparing for medical school, Pachida Lo kept her Hmong community in mind.

Caitlin Thireault’s research experience gave her the confidence to excel.

Isolation of a new antibiotic from a feed additive.

Greg Petrossian prepared for graduate school with research on new antibiotics and medicine in India.