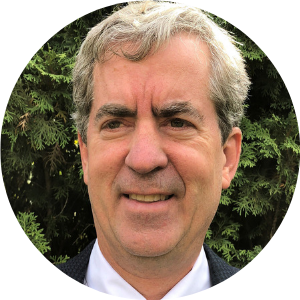 Dr. Jay Noller is a recognized global leader in hemp research, leading scientific discovery for more than four years in Oregon and all over the world. Regularly tapped to speak at major conferences and symposiums and for national and international governments on hemp and its potential research implications, Dr. Noller is well-regarded by many as one of the world's premier experts in hemp.

The diversity of his background as a professor of landscape pedology, with research involving the disciplines of soil science, geomorphology, art and archaeology has made him uniquely suited for leading research at the nation's largest and most comprehensive hemp research center. He has published more than 180 papers and maps, six books and has made contributions to many more works. He is also an internationally known soil artist creating large eco‐artwork installations and fine‐art paintings on display and in collections around the world. 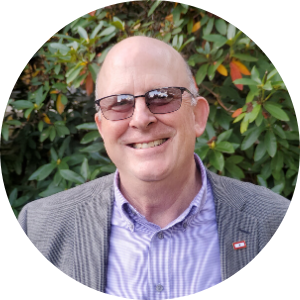 Dr. Jeffrey Steiner recently joined the Global Hemp Innovation Center after serving as division director for plant production at the USDA National Institute of Food and Agriculture in Washington, DC. He was the NIFA technical lead for hemp, and helped establish department policies for utilizing grant programs for hemp research. He also served as the NIFA representative to the first nation-wide Hatch multi-state research project for industrial hemp, and advised the USDA Office of the Chief Scientist in the organization of the first department-wide symposium to update employees on the status of hemp science.

Jeff has broad leadership experience in government and academic settings conducting and administering food and agriculture, natural resources, and bioenergy systems research. As a science expert for food and agriculture systems, he has served as an adviser to political appointees and government officials, as well as to commodity, conservation, and economic development organizations.

Jeff is a fellow of the American Society of Agronomy and Crop Science Society of America (CSSA) and recipient of the career CSSA Seed Science Award. He was raised on a diversified family farm near Visalia in the California San Joaquin Valley where his parents grew cotton, alfalfa hay, grain, and fruit and nut tree crops, and raised hogs and cattle.

Beginning in 1936, the federal government prohibited the propagation of hemp plants. Oregon authorized hemp cultivation in 2009, but the Oregon of Department of Agriculture did not license its first hemp grower until 2015. Just three years later, Oregon ranked third in the United States in licensed hemp acres planted behind Montana and Colorado. The 2018 farm bill decriminalized the propagation of hemp, and it is anticipated that over the next year the federal government will have a framework in place to commercially produce and utilize hemp grown in the U.S.

OSU is well-situated to provide research, teaching, and outreach and engagement associated with hemp, with strategic alignment between our research community, the university’s experiment stations and the OSU Extension Service to engage in strong basic research, applied research and scholarly teaching.

Further, we have leading researchers who are on the front lines of defining and understanding the agricultural, economic opportunities and public health benefits of hemp. These include more than 40 faculty across 19 disciplines engaged in plant research, food innovation, pharmacy, public health, public policy, business and engineering.

In addition to the academic expertise and integrated relationships already embedded in the fabric of OSU, the state's geographic location lends itself to pioneering this field. Oregon’s location on the 45th parallel is optimal for hemp growth and a unique hemp germplasm – the genetic material used for breeding – was developed in the state over the past several decades.

Oregon is home to more than 220 agricultural commodities, with growers and producers that have the diversity of experience and expertise to successfully navigate the future development of hemp. Currently, the state has licensed more than 1,300 growers to plant nearly 50,000 acres of hemp this year, according to the Oregon Department of Agriculture. That total is nearly six times greater than the 7,808 acres planted in 2018. Nationally, the number of licensed acres devoted to hemp cultivation increased by 204% from 2017 to 2018, according to Vote Hemp, a Washington, D.C.-based nonprofit organization.

Finally, Oregon has more than a century of leadership in hemp. The university, then known as Oregon Agricultural College, partnered with scientists in the U.S. Department of Agriculture to host a national hemp research center from the 1880s until 1932 -- the only hemp research center in the nation at the time.

The Global Hemp Innovation Center is a return home for the nation's leading hemp research organization as provides a virtual hub for research taking place around the world.