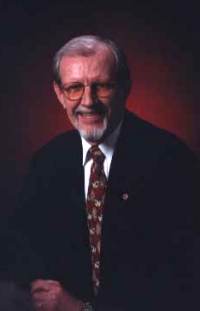 Dr. Witters was born and raised on a livestock and grain farm in central Illinois; this environment led to the development of his keen interest in pursuing a career in the field of agriculture. As a young married man, he continued his farming interests for five years, raising cattle and swine as well as grain and forage crops in central Illinois. He completed his baccalaureate degree at Eastern Illinois University in 1962, with a major in botany and a minor in Zoology. He then taught science courses and coached freshman and sophomore basketball at a High School in New Holland-Middletown, IL for four years. During this time he was awarded two different National Science Foundation Summer Grants and began work on graduate studies in plant ecology, at both Eastern Illinois University and the University of Illinois. Upon receiving a National Defense Education Fellowship in 1966, he selected Michigan State University to study crop physiology, completing his M.S. in 1967 and PhD in 1970. He completed a post-doctoral study from 1970-71 on the subject of photosynthetic efficiency in crop plants in the Agronomy and Plant Genetics Department at the University of Minnesota.

Dr. Witters was hired by the Department of Agronomy and Soils at Washington State University in 1971 as a researcher and teacher. His research focused on photosynthetic and water use efficiency in wheat, barley, soybeans and dry peas, major field crops in the Palouse region of eastern Washington. It was during this time that he developed an interest in international programs because of his interactions with foreign students, especially his Ph.D. advisee from Ethiopia.

In 1977 he was hired as Associate Director of the Oregon Agricultural Experiment Station at Oregon State University with duties of administering various programs within campus departments and all of the programs at field research stations around the state. In 1980, he was hired as Assistant Dean of Research at OSU to conduct the business of managing patents, copyrights and trademarks applied for by OSU faculty, as well as the licensing agreements with firms that had an interest marketing those technologies. In 1981 he began his long association with OSU international agricultural development programs in four different countries. His OSU international agricultural development contracts, which retained his connection to OSU, were:

1981-84 Chief-of-Party, USAID/OSU/Government of Yemen Title XII Agricultural Development Support Program, Sana'a, Yemen Arab Republic. Led a team of 27 US faculty and 65 other employees to implement aid projects in horticulture, poultry, secondary education, and advisory services in the Ministries of Agriculture and Education.

After returning to the Agricultural Experiment Station at OSU in 1993, Dr. Witters assumed various duties. His duties included work with university, state and national programs. As a representative of the college Dean, he was a member of northwest and state commodity organizations (potato, small fruits) and served as liaison between academia and agricultural industries. He received the Lifetime Achievement Award from the Oregon Potato Commission in 2001 for his contributions toward the improvement of the potato industry in the state. He also provided much of the leadership for day-to-day management of construction of and acquisition of faculty at the OSU Food Innovation Center from 1997 to 1999, a new joint OSU-Oregon State Department of Agriculture research and development program in Portland, OR.

Since retiring from OSU in 2002, Dr. Witters and his wife enjoy the increased opportunities for family visits here and across the nation as well as travel that often reconnects them with colleagues and friends. His interests in golf, working on memoirs and serving as his family genealogist are now actively pursued during summers and fall in Corvallis and during winters and spring near Ft. Lauderdale, FL. (REW)