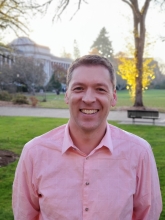 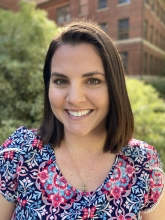 She holds a bachelor's degree and master's degree in Agricultural Education from California State University, Chico. From 2010-2015, she taught high school agriculture in California, then spent the 2015-2016 school year teaching agriculture in Ghana with AgriCorps and the Kumasi Institute of Tropical Agriculture. She joined the department as a graduate teaching assistant shortly after serving in Ghana and received her Ph.D. in Education with an Option in Agricultural Education. 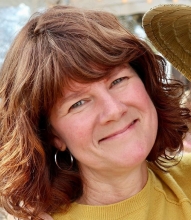 Dawn Moyer is the Lead Academic Advisor in the Department of Agricultural Educaiton & Agricultural Sciences. Dawn Moyer has been advising students at OSU since 2003, in International Programs, the College of Business, and now in the College of Agricultural Sciences. She received her undergraduate degree in Education from Ohio University. She holds an M.A. in Cultural Anthropology from Oregon State University, has studied and conducted research in England and India, while her family and personal life have taken her to countries such as Thailand, Australia, Europe and Kenya. In 2013 Dawn participated in a Fulbright program in the United Kingdom, which offered her a new perspective on the British educational system worldwide. She has chaired the Faculty Senate Diversity Council, served on the President’s Commission on the Status of Women, and led groups of students to England for a look at Agricultural practices in the United Kingdom.

Contribute to the Program