The College of Agricultural Sciences at Oregon State University has named Dr. Francisco José Calderón as the new director for the Columbia Basin Agricultural Research Center (CBARC). He replaces Dr. Clive Kaiser who had served as interim director for the past several months during the nationwide search for a permanent replacement for Mary Corp, who retired on September 30.

With a Ph.D. from Michigan State University, Calderón brings more than 20 years of experience and extensive knowledge of soil science and its role in dryland farming to the station. Fluent in both English and Spanish, he has been recognized for his leadership in advancing diversity and equity by both the Northern Plains Area Diversity Task Force and the USDA, Agricultural Research Station of the Northern Plains Area. An accomplished researcher, Calderón is also a member of the Soil Science Society of America and is currently Technical Editor for Soil Science Society of America Journal.

“We are excited to add Dr. Calderón to the College’s leadership team,” said Dr. Alan Sams, Dean of the College of Agricultural Sciences and Director of the Agricultural Experiment Station. “His experience as a well-regarded scientist and his proven commitment to cultivating a climate of diversity, equity and inclusion are important to the future of CBARC and the eastern Oregon agriculture community.”

Prior to taking on the role of director at CBARC, Calderón was with the USDA Agricultural Research Service's Station’s Central Great Plains location in Akron, Colorado where he served for the past 16 years, most recently as the Acting Research Leader.

He will begin his responsibilities at CBARC on December 31, 2020. 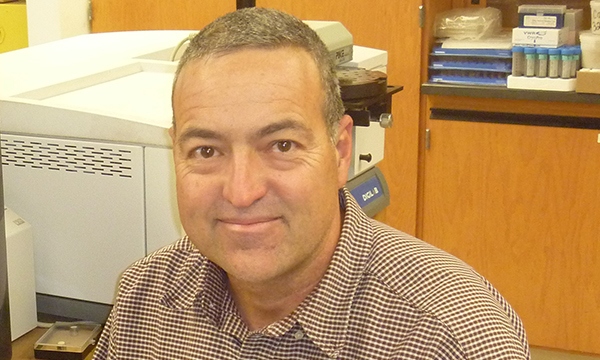