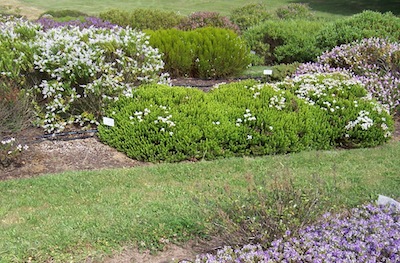 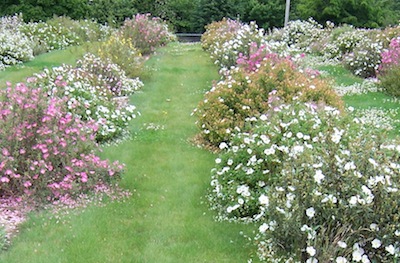 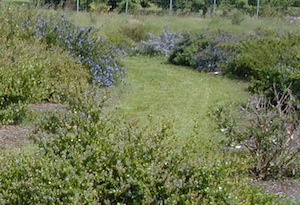 The goal of the Northwest Plant Evaluation program is to identify flowering shrubs suitable for use in landscapes of the Pacific Northwest, west of the Cascade Mountains. A priority of this program is to evaluate shrubs thought not to be particularly hardy in the region, but which offer compelling ornamental characteristics. The program is located at the Oregon State University North Willamette Research and Extension Center (NWREC) in Aurora, OR. http://oregonstate.edu/dept/NWREC/. Since 2000, the program has completed evaluations of Hebe (2000-2009), Ceanothus (2001-2005), Cistus (2004-2009) and Halimium (2004-2009). Evaluations of both Arctostaphylos and Grevillea were planted in 2009 at NWREC.

The initial criteria for the program, beginning with the Hebe evaluation in 2000, were to assess cold hardiness of as many cultivars or species of a given genus as could be acquired. The plants were rooted, grown on, then planted out in the field and evaluated under ambient conditions. Hebe has a reputation for not being particularly cold-hardy, which in the case of some species and cultivars, is true. However, many of them are perfectly hardy in western parts of Oregon and Washington. Therefore the goal was to identify Hebe that could tolerate typical PNW winters without injury. Other data collected included growth, flowering, as well as overall landscape quality of the plants.

With subsequent evaluations, the data collected and other methodology have remained more or less the same. However, the main focus has shifted somewhat to evaluate genera known for drought tolerance. Starting with the Ceanothus evaluation in 2001, none of the plantings are irrigated after plant establishment, nor is any fertilizer applied or pruning done on the plants. While the Hebe evaluation (which was irrigated and fertilized) sought simply to identify hardy cultivars of the genus, the over-riding goal of all subsequent trials have been to develop fully drought-tolerant, hardy shrubs, especially groundcovers, for use in “low-input” Northwest landscapes.

Funding for the program has come from the following sources:

We are very grateful to our cooperators with this program, without whose help these evaluations would not be possible. Cooperating nurseries include:

Other Institutions which have supported the program include:

Other individuals and groups to whom we are very grateful include Mr. Robert G. Page (Leeds, U.K.) for his contribution of Cistus and Halimium to that evaluation. Thanks are also due to OSU Master Gardeners for assistance with plot maintenance and data collection.