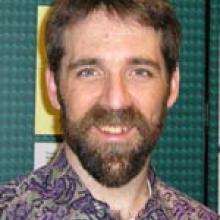 Preservation of genomic integrity requires the proper functioning of multiple pathways for DNA replication, repair, and recombination. One critical repair pathway is DNA mismatch repair (MMR) which helps ensure genomic stability by correcting potentially mutagenic mismatches arising during DNA replication and by suppressing recombination between non-identical sequences. In addition to these mutation avoidance functions, MMR potentiates the cytotoxicity of several DNA damaging agents, implicating MMR in a pathway of genome surveillance for DNA damage. First characterized in bacteria and yeast, the association of MMR gene deficiencies with hereditary and sporadic human cancer has highlighted the importance of understanding different MMR functions in mammalian cells.

The long-term goal of my group is to understand the role of MMR proteins in the prevention of tumorigenesis. Thus, we wish to understand the structure and function of mammalian MMR proteins, in particular, the role of the MutL proteins in cellular responses to DNA damage. The precise role for MMR in generating a signal for cell cycle arrest and apoptosis, and the pathway by which the cell interprets the signal are not known. A related goal is to identify sources of DNA damage relevant to tumorigenesis in MMR-deficient cells. Routine exposure to such DNA-damaging agents is expected to represent a significant health risk for individuals with inherited MMR deficiency. Our studies will increase the understanding of the consequences of specific MMR gene mutations and the importance of different MMR functions in the prevention of tumorigenesis.

Several approaches to investigate the mechanism and pathway of MMR action are underway. The first utilizes a single-gene complementation assay for hMLH1 in mouse embryonic fibroblast cells lacking MLH1. To define functional domains of MLH1 necessary for mutation avoidance and cellular responses to DNA damage, we are determining the impact of specific mutations in hMLH1 on the ability to reduce spontaneous mutation and to restore cell cycle arrest and apoptosis following DNA damage. To complement these genetic characterizations, we will measure MMR activity in vitro in extracts from cells expressing the mutant MLH1 proteins. The in vitro assays will enable an analysis of protein-protein interactions necessary for the formation of MMR complexes, and will help to determine an underlying mechanistic basis for genetic deficiencies observed in the cellular assays. One goal is to identify mutations that specifically inactivate individual functions of MLH1, e.g. mutation avoidance versus DNA damage responses. In future studies, such mutations would be engineered into mice and tested for their impact on tumorigenesis.

We also wish to understand environmental and/or genetic factors that modulate the risk of cancer in individuals with MMR deficiency. Thus, we are examining the interaction between genetic susceptibility for intestinal cancer due to MMR-deficiency and exposure to food borne carcinogens. Mice lacking Mlh1 develop spontaneous intestinal tumors and are a model for human cancer. Heterocyclic amines, such as the abundant 2-amino-1-methyl-6-phenylimidazo[4,5-b]pyridine (PhIP), are mutagenic and carcinogenic compounds formed during the cooking of meat. Experiments with cultured cells, suggest that PhIP-DNA adducts are subject to MMR-dependent DNA damage surveillance, thus predicting that PhIP exposure in individuals with MMR-deficiency would increase the risk of carcinogenesis. To test this hypothesis, we will quantify tumorigenesis, cellular survival, and genomic instability induced by PhIP in normal versus Mlh1-deficient mice. These studies will provide a estimation of the risk of intestinal cancer in this genetically susceptible population due to exposure to a relevant human carcinogen. In addition, these studies will provide a convenient and relevant model system useful for future investigations of pharmacological and dietary strategies for preventing the development of cancer in individuals with MMR deficiency. As current management of HNPCC requires extensive and invasive screening procedures, surgery and often chemotherapy, the identification of efficacious chemopreventive approaches is highly desirable.