Department of Botany and Plant Pathology 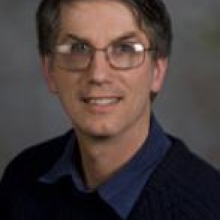 Much of the Tyler group's research is focused on the systems biology of microbe-host interactions, with a focus on the interactions of oomycete pathogens with their hosts. This research spans molecular biology, structural and functional genomics, bioinformatics, data mining and mathematical modeling.

So-called avirulence genes in pathogens directly or indirectly encode molecules that are recognized by plant receptors encoded by major resistance genes (R genes). There are 13 major resistance (Rps) genes in soybean against P. sojae, and matching single dominant avirulence genes in P. sojae. We have cloned the avirulence gene Avr1b-1. Avr1b-1 encodes a small secreted protein and is specifically expressed during infection in P. sojae strains that are avirulent (cannot infect) soybean cultivars containing resistance gene Rps1b. In strains that can infect Rps1b cultivars, there are large numbers of amino acid substitutions encoded by the Avr1b-1 gene or else Avr1b-1 mRNA does not accumulate (Shan et al, 2004). P. sojae transformants containing Avr1b-1 not only gain avirulence to Rps1b, but also to Rps1k, indicating the Avr1b protein is recognized by both Rps1b and Rps1k gene products. Rps1k encodes an intracellular NBS-LRR resistance protein. Rps1b is an allele of Rps1k and so is presumed also to encode an NBS-LRR resistance protein.

Sequence comparisons between Avr1b-1 and three other cloned oomycete Avr genes (Avr3a from P. infestans, and ATR13 and ATR1 from Hyaloperonospora parasitica) reveal two conserved motifs in addition to the secretory leader at the N-terminus (Rehmany et al, 2005; Tyler et al, 2006).  The first is the RXLR motif occurring within 50 residues of the secretory leader. The second is a short adjacent region that is enriched in acidic residues termed the "dEER" domain. The RXLR domain is exciting because of its resemblance to a host-targeting signal that mediates translocation of secreted virulence proteins to the cytoplasm of host erythrocytes, across the host parasitiphorous vacuolar membrane, suggesting that this motif is responsible for transit of oomycete effectors in plant cells.

Bioinformatic screens of the P. sojae and P. ramorum genome sequences (see below) reveal approximately 350 genes in each species that have secretory leaders and RXLR+DEER motifs, called Avh (Avirulence homolog) or "RXLR" genes. Many of these have sequence similarity with Avr1b-1. The Hyaloperonospora parasitica genome contains about 150 RXLR genes and the P. infestans Expressed Sequence Tag (EST) set includes about 60 RXLR-containing unigenes. The P. sojae  and P. ramorum genes show extensive divergence between the two species; only 83 can be identified as putative orthologs by bi-directional BLAST analysis, and of these only 18 have syntenic locations. The rapid diversification of the RXLR gene family is driven presumably by selection pressure from the host defense machinery, implying that many if not all of the genes in the superfamily are involved in infection.

The complete genome sequence of an organism is an excellent starting point for identifying genes involved in pathogenicity, or any other process of interest. The genome sequence can also aid substantially in developing genetic tools for detecting and tracking the pathogen. In collaboration with the DOE Joint Genome Institute (JGI), we have completed draft genome sequences of P. sojae and P. ramorum. The 95-Mb genome of P. sojae was sequenced to a depth of 9x while the 65-Mb genome of P. ramorum was sequenced to a depth of 7x, both by whole-genome shotgun sequencing. Recently, we have begun sequencing the 75-Mb genome of the Arabidopsis downy mildew pathogen Hyaloperonospora parasitica in collaboration with John McDowell (Virginia Tech), Jim Beynon (Warwick University, UK), Washington University Genome sequencing Center, and the Sanger Sequencing Center (UK).

We have completed the identification and annotation of genes in the genomes of P. sojae and P. ramorum (Tyler et al, 2006). Automated gene calling software identified 19 027 predicted genes (called gene models) in the genome of P. sojae and 15 743 gene models in the genome of P. ramorum. Of these gene models, 9768 are similar enough in sequence between P. sojae and P. ramorum that they are predicted to have the same function. These highly similar genes, sometimes called orthologs, are arranged in very similar orders along the chromosomes (i.e. exhibit synteny). Preliminary analysis of the H. parasitica genome sequence has revealed that gene order is also well conserved in that species compared to the two Phytophthora species. Despite the conservation of gene order, large segments of genome sequence in the P. sojae genome appear to be absent from P. ramorum, which partially accounts for the larger genome size of P. sojae.

Although 9768 genes appear to be orthologous between P. sojae and P. ramorum, a very large number (49% in P. sojae; 38% in P. ramorum) have diverged so much that they have no matching gene in the other species. Of these divergent genes, 1755 P. sojae genes are unique to that species and 624 appear unique to P. ramorum. The remainder of the genes represent gene families that are present in both species but whose members do not match one another precisely. Proteins that are secreted by the pathogen during infection, as well as being divergent between P. sojae and P. ramorum, are excellent candidates for proteins that function to promote the infection process.  A major finding from the genome sequencing was the discovery of a very large, very diverse superfamily of genes with similarity to the oomycete avirulence genes, as described above.

A further inference from the oomycete genome sequences is that oomycetes evolved from a photosynthetic ancestor, in common with photosynthetic members of the Stramenopile kingdom such as diatoms. Many examples of oomycete genes with close affinity to plant and algal genes were found.

In addition to these genome sequences, there are over 30,000 P. sojae ESTs, including 9,512 sequences from P. sojae-infected soybean tissue, and 75,757 ESTs from P. infestans. These are available at phytophthora.vbi.vt.edu/EST.

The Gene Ontology (GO; www.geneontology.org) is a set of standardized terms for describing biological processes, molecular functions and cellular components of living organisms (The Gene Ontology Consortium, 2000). The use of these terms to annotate the roles of genes greatly aids in identifying similarities among organisms. In collaboration with Joao Setubal at VBI and researchers at Cornell University (Alan Collmer), the University of Wisconsin (Nicole Perna and Jeremy Glasner), Wells College (Candace Collmer), North Carolina State University (Ralph Dean and David Bird) and the Institute for Genome Research (Michelle Gwinn-Giglio and Owen White), we are developing new terms for annotating the contributions of genes to interactions between bacteria, fungi, oomycetes and nematodes and their hosts, to assist in identifying similarities among plant-associated microbes in general (more information is available at pamgo.vbi.vt.edu).

This project is supported by grants from the National Research Initiative of the USDA Cooperative State Research, Education and Extension Service, #2005-35600-16370, and from the National Science Foundation, # EF-0523736.

In order to identify the tool sets that Phytophthora sojae uses to overcome the defenses of its host soybean, it is necessary to identify genes and gene products specifically expressed during infection. This project is focused on the earliest steps of infection prior to penetration of the host tissue, and during the first 24 hours of infection when the success of the infection is primarily determined. The objectives of the project are:

1.  Use global gene expression profiles, assayed with Affymetrix GeneChips, to identify sets of genes specifically expressed during germination of cysts, growth on a solid substrate and formation of appressoria in the presence of root exudates.

5. As part of this project, we are also exploring the potential for using Laser Microdissection to isolate RNA directly pathogen infection structures.

This project is supported by a grant from the National Research Initiative of the USDA Cooperative State Research, Education and Extension Service, #2005-35604-15525.

Much has been learnt over the last decade regarding the mechanism by which plants are protected from disease by major resistance genes, also called vertical resistance. Much less is known about mechanisms of quantitative resistance, also known as horizontal or partial resistance, which protects a plant species against all genetic forms of a pathogen, albeit not completely. This project combines Quantitative Trait Loci (QTL) analysis with global expression assays to dissect the mechanisms of quantitative resistance in soybean against the oomycete pathogen Phytophthora sojae. Gene expression profiles of both the host and the pathogen are being examined during infection of soybean cultivars varying in quantitative resistance, and in a large population of soybean progeny (300) segregating for quantitative resistance. The transcriptional profiles are being measured using an Affymetrix GeneChip that contains probes for 38 000 soybean genes and 15 800 P. sojae genes. The information obtained from this study will be valuable for understanding how legumes may be protected from a wide variety of pathogens, and how many hosts may be protected against oomycete pathogens. This project is a multidisciplinary collaboration involving Saghai Maroof (Virginia Tech), Ina Hoeschele (VBI), Anne Dorrance (Ohio State) and Steve St. Martin (Ohio State).

We have completed an analysis of the transcriptional profiles of eight cultivars with varying levels of quantitative resistance. Infected roots were assayed 3 and 5 days after inoculation with P. sojae and compared to mock inoculated roots. The major findings of this analysis were:

2. Each of the four most resistant cultivars showed expression changes that were unique to that cultivar, suggesting that each cultivar had some unique mechanisms of resistance.

3. A set of genes could be identified that showed expression changes common to all four resistant cultivars, suggesting some common mechanisms of resistance.

Much of what we know about molecular biology has been derived from intensive study of a small number of model organisms, such as E. coli, yeast, Arabidopsis, Drosophila, the nematode Caenorhabditis, and mouse, as well as man. This information has been very useful in studying the molecular biology of species closely related to these model organisms. However an increasing number of genomics studies are focused on organisms such as oomycetes and the malaria parasite Plasmodium, that belong to kingdoms of life very different than those of these model organisms. Therefore, even with the genome sequences of these diverse organisms in hand, identifying the functions of the genes encoded in the genomes is very difficult.

The aim of this project is to develop novel computational approaches for comparing gene functions of organisms from different kingdoms. Thus far the project has focused on a comparison of the oxidative stress response of organisms from three different kingdoms, yeast (fungi), Arabidopsis (plants), Phytophthora sojae (oomycetes), using transcriptional and metabolic profiling. Mathematical modeling is being used to represent the responses of each species in a way that facilitates sequence-independent comparison. This project is being carried out in collaboration with VBI faculty Vladimir Shulaev, Pedro Mendes and Reinhard Laubenbacher.