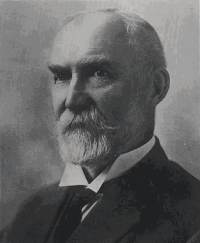 Life for Withycombe began on a farm in Devonshire, England. At 17, he became enchanted by the stories he had read about the Willamette Valley and wanted to come to the United States. His family agreed to move with him and they soon settled on a farm close to Hillsboro in 1871. When he turned 21, he bought a 100-acre, ramshackle wheat farm for $15 an acre. Instead of conforming to the usual methods of one-crop wheat farmers, he opted to become the first diversified farmer in the area. There were many skeptics and nay Sayers, but the farm became very successful and prosperous and eventually grew to 256 acres. Withycombe had also invested in purebred livestock and became known as one of the best purebred breeders in the state.

In 1889, he became state veterinarian with his only training from a course taken in England. His skills were exceptional even for one with such little experience and training. With this position, he had to travel throughout Oregon and developed an interest in the agricultural possibilities for the state. In 1898 he became a professor of agriculture and also vice director of the experiment station at Oregon Agricultural College. Withycombe was never trained as a scientist, but his invaluable experience as a farmer gave him influence that he would not have had as a scientist.

Withycombe’s ideas about agriculture were years, even decades ahead of his time. He once said, “the keynote of modern agriculture is the maintenance of soil fertility as a rightful heritage of posterity.” In 1899, he wrote a report that denounced the common summer fallow practices that were used throughout the country. The report stated that the method was only a short-term solution and would eventually ruin the soil. This report was written decades before such ideas were supported, funded, and accepted. His campaign for more non-grain crops led him to Eastern Oregon, wheat country. In an annual report, he stressed the necessity for growing nitrogenous crops in a cycle with wheat in the area. This focus on the extremely disparate conditions throughout the state led to the system of branch stations that is used today.

Withycombe was director of the Oregon agricultural experiment station for 16 years. Under his guidance, many changes were made. He introduced the practice of plowing summer fallow early instead of late. With this new method, the number of bushels produced per acre, originally only four, increased to ten. He also began the development of a permanent type of agriculture for Columbia basin wheat land. His contributions allowed for the conservation of soil and the development of high quality grain varieties.

He made most of his rounds on a horse and buggy and was one of the main factors in the construction of the Agriculture Building, known today as Strand Hall. He was married to Isabel Carpenter on June 6, 1875, and they had five children.

In 1914, he resigned his position as the experiment station director when he was elected governor of the state. He was re-elected as governor in 1918 and worked until his death shortly after the beginning of his second term. He worked endlessly and tirelessly to make Oregon outstanding and declared, “oh my friends, Oregon is a great state!" (MDH)